Umbilical hernia is an uncommon birth defect and is manifested by the appearance of swelling in the belly button. This bulge is formed by a part of the internal organs moving out of its normal position in the abdomen. Hernia block may contain fluid or some part of internal organs such as the intestine, connective tissue, and more.

Normally, a hernia does not always protrude but may disappear without causing pain or discomfort. However, when the patient coughs, cries, pushes himself, or does heavy labor, it will bulge out.

The complication of umbilical hernia is quite rare. However, in some cases, the intestinal loops cannot return to their original position in the patient’s abdomen. This blocks the blood vessel feeding system, resulting in intestinal tissue damage and pain. Even worse, the caseation of blocked intestine could lead to peritonitis, which can be life-threatening 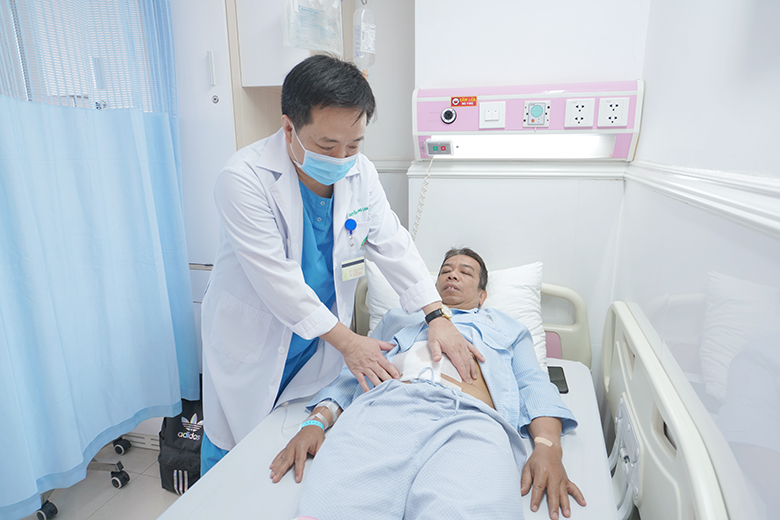 Mr. Arif Rachman (41 years old, Indonesian) is living and working in Nam Tu Liem District, Hanoi. Due to his work, he constantly carries heavy loads up and down stairs. As a result, the abdomen was always under great pressure. Moreover, Mr. A. Rachman was completely unaware of his congenital umbilical hernia. It was not until received emergency care that he learned about his condition.

At noon on March 18, during his work, Mr. A. Rachman suddenly felt pain in his belly button. The pain got more serious and was not relieved, causing him to be hospitalized at Hong Ngoc General Clinic – Keangnam.

Doctor Nguyen Giang Lam – head of the operation team said: “The patient was hospitalized after 4 hours since the first moments of pain. It was quite late so the obstructed umbilical hernia began to show signs of intestinal necrosis due to nourishing anemia and he had a phenomenon of toxic shock. Our surgical operation performed endotracheal anesthesia to remove the blocked intestine, reconnect the intestine and restore the abdominal wall. The surgery was conducted smoothly. However, if the patient had the surgery sooner, he would not need to have the bowel removed and quickly recovered after just one day.”

The surgery was successful and the patient was returned to the post-operative room. After two days, the patient’s health was stable and he was expected to be discharged after a week with complete recovery. 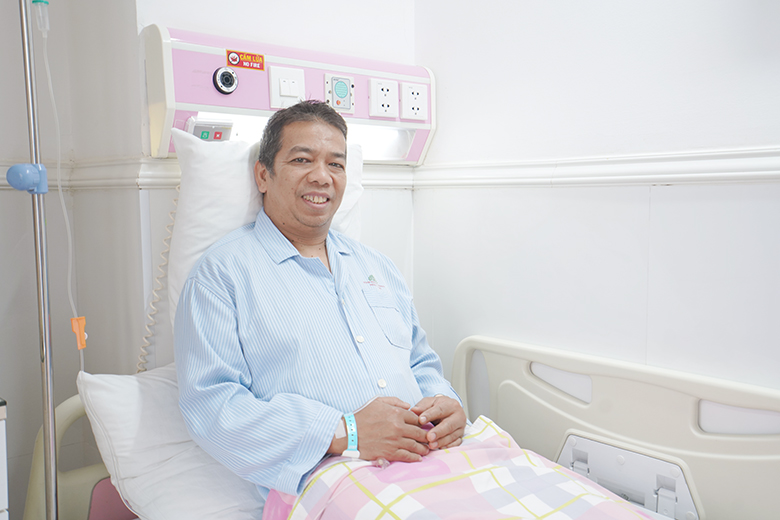 The patient recovered well after the surgery

Be aware with obstructed umbilical hernia

Through the case of patient Arif Rachman, doctor Nguyen Giang Lam warned: “Umbilical hernia is a birth defect. Although the umbilical cord will close mostly by itself, parents should not be subjective. After your baby loses the umbilical cord (about 1 to 2 weeks after birth), pay attention to whether his umbilical cord is wet or dry; concave or convex; or whether he arches, twists, cries with the umbilical protrusion or pain, discomfort … if any, you need to quickly bring your baby to the reliable hospital for early examination and treatment to avoid long term impact and complication in the future.”

In addition, the doctor also recommended that both adults and children need to have regular checkups to protect their health.